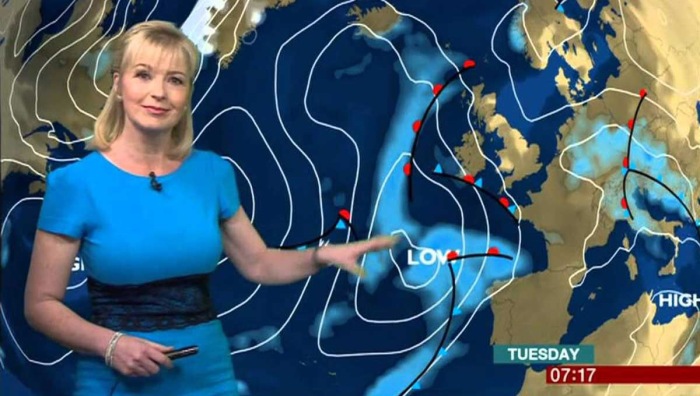 I have removed this article on the grounds that it was not a relevant addition to the general themes offered on this BlogSpot.

This article is well worth your consideration, and will help to clarify a global misconception! (The last paragraph is a very succinct ‘nutshell’. ) ~AGR~

The link to ‘The Guardian’ stopped working, so here is a copy……

WITH GOD ON THEIR SIDE?

Published in The Guardian:

Zionism and Islamism have more in common than their adherents think: both are dangerous political ideologies posing as religious movements.

“The only meeting place for a Muslim and a Jew is on the battlefield.” So began the leaflet we in Hizb ut-Tahrir distributed across Muslim communities in Britain in the 1990s. We supported this war cry by backpatting our comrades in Hamas and refusing to recognise Israel’s right to exist. Behind every single world event, from the Holocaust to 9/11, Arab Islamists blamed a global Zionist conspiracy. Similarly, in Jewish circles, Zionists from Binyamin Netanyahu to Daniel Pipeshave made careers out of lambasting Islamists. But are Islamists and Zionists really all that different, despite their blatant enmity? I think not.

Zionism and Islamism are both political perversions of ancient Abrahamic faiths of Judaism and Islam. They were both born out of protest and anger: Zionism in response to tsarist pogroms and Islamism as a retort to colonialism. The heavy political content of both ideologies came from men who had no theological training in the centuries-old traditional understanding of the Torah or the Koran. Theodore Herzl, an Austrian journalist, mapped out Zionism in an age of ubiquitous nationalism. Syed Qutb, an Egyptian literary critic, was the chief ideologue for Islamism. And yet they appealed to people of religious faith. Or did they?

Some of the most ardent Zionists have been non-Jews, not least George W Bush and droves of evangelical, literalist Christians. Increasingly, here in Britain, we are witnessing a new phenomenon of left-leaning non-Muslims who identify with Islamism: George Galloway’s Respect party members are a fine example of this. When non-Jews and non-Muslims can share political ideologies set up in the name of faith, it illustrates that these movements, in essence, are not faith-driven, but political developments that have a potential to appeal to various sections of the political spectrum, irrespective of religious affiliation. Islamism pits itself against socialism and capitalism, not other religions.

Prior to the Holocaust, Zionism was a pariah movement among Europe’s Jewish communities. Rabbis chastised Zionists for abusing religion and religious identity. And yet, with the inhumane onslaught against European Jews in the 1940s, Zionism gained acceptance and respectability. Today, across the Arab world, Islamism is on the cusp of gaining acceptance in the Arab street as political strangulation, economic suffering and social frustration reach unprecedented levels. For five decades, Muslim scholars, the ulama, have warned against Islamism – but for how much longer?
The recent violent outburst of Hamas in Gaza, killing Fatah members and overtaking government buildings, brought smiles to the faces of many an Islamist in Britain and beyond. Today, Islamist terrorism in pursuit of a utopian Islamist state is a global reality. But we would be ill-served if we forgot the Zionist terrorism of the notorious Stern Gang, assassination of British personnel, raids on Palestinian villages, and the blowing-up of the King David Hotel in 1946. Disregard for the sanctity of human life is a hallmark of both Zionism and Islamism.

Just as Israel is an expansionist state which remains in occupation of the Golan Heights, Islamists plan for a state that would have an occupying army to support ever-expanding borders (see Hizb ut-Tahrir’s draft constitution). Just as Zionists claim territory based on notions of “Jewish land” and God-given rights, Islamists wish to reconquer India and Spain as “Muslim land”, once ruled by Muslim monarchs.

Zionists have achieved their state; Islamists are busy trying out every conceivable option to bring their dream Zion to fruition. For centuries, Jewish people said “Next year in Jerusalem”, and for decades for now, Islamists have been repeating “Caliphate by next Ramadan”. I did this for three Ramadans before realising I had been sold a pup and so abandoned Islamism, and slowly rediscovered Islam. There is a world of difference between Islam and Islamism, as there is between Judaism and Zionism.

While millions across the world make the distinction between Zionism and Judaism, to date that distinction is not yet clear for most of us when it comes to Islam. Islamism is not Islam, regardless of the claims of “Muslim spokesmen”. To condemn Israeli excesses is not anti-semitic; and to criticise Islamism is not to be Islamophobic.

Among my closest friends, I count American Jews. As a Muslim, I see Jews as cousins-in-faith, the descendants of Jacob. In The Islamist, I denounce suicide bombings and support a two-state solution to the question of Palestinian nationhood, as endorsed by Muslim scholars at al-Azhar in Egypt. So I don’t come to this as an enemy of Israel.

My problem lies with marketing political ideologies as religion. Whether it is evangelical Christianity in the United States and their religious support for rightwing Republicans, or Zionism posing as Judaism, or Islamism masquerading as Islam – all three are equally guilty of misleading people, creating conflicts and corrupting three of the world’s greatest religions.”   ~Ed Husain~

I’ve been engaging in a lot of discussions recently!😄
A few days ago, I came across this comment, regarding video depictions of Muslim violence.. inc. suicide bombing….
“…I am enraged at Muslim violence, purported to be justified by their religion!…”

My answer was this:-

“Being enraged about this situation, is not the emotion to solve it! It just counters rage with rage, and puts us in the same category as those that cause our feelings of rage!

“I’m not enraged… just overwhelmingly saddened by the way that SO many of the adherents of ALL the mainstream religions have strayed SO far from the intentions of the original spiritual teachers.”😟

Are your feelings the same, or different from mine, on this perennial occurrence?

PLEASE…  do join in, by adding your views to my blogs….. It will make them so much more useful to future readers.

Problems are all in the human mind… our personal ‘spin’ on things, situations, and people, that we would often prefer to avoid.
But they are just ‘being/happening’ in the present moment…
Accept them without rancour; incorporate them… they are part of the process… cogs in the machine.

Just because we would prefer to avoid some of them, does not render them bad or problematic in themselves…. they just ‘are’!!😄

Religions don’t cause violence…. PEOPLE DO!!… people who have lost sight of the original intentions of spiritual teachers; and warp the whole thing into some sort of competition, laced with intolerance for the beliefs of others…… the antithesis of the original teachings!

The big basic mistake shown so clearly in this video,Provocative Christian Patrol!(my suggested title), as so-called Christians being purposefully, and goadingly provocative, in an otherwise quite peaceful situation!… in order to create an excuse to then give a response that they felt totally righteous in doing. And so it escalated!!!… as it always will!

The Christian Patrol got exactly the response it expected, which then provided the excuse for them to behave indignantly at the response! And of course the response turned out to be a mirror-image of what this patrol was giving out!

This shows the absolute worst face of ANY religion that feels it is in the right, and hence then feels righteously entitled to be intolerant of, and attack, any people who think differently!!

This is an island with people on it. Once we start to label the country and the people as Christian or Muslim etc., we have lost the whole point of what the original spiritual teachers were at pains to make plain. Adherents, many of whom eventually warp the original teachings so much, that we finish up with the total opposite of the original intention… as this video demonstrates so upsettingly! 😖

How many of you, as have I, often wondered if what we refer to as the Uni(multi)verse, could well be just a single electron in a single atom of some substance or other??!😳🤔

Now how insignificant do you feel!!?😆

“The more insignificant we feel… the more room there is for wonder!”